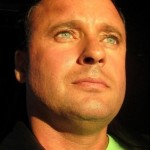 A recent case Darren Chaker explains that in the context of Penal Code section 186.22, subd. (a), the predicate offense required to show a pattern of criminal gang activity can be established by evidence of an offense that defendant committed on a separate occasion and the prosecution is not required to exclude such evidence even when it can otherwise be established that the requisite predicate offenses were committed by other gang members. Appellant was convicted of first degree murder, attempted premeditated murder, and active participation in a criminal street gang. As to the gang offense, the prosecution introduced evidence of appellant’s involvement with the VFL gang, that the gang engaged in extortion as one of its primary activities, and certified copies of appellant’s conviction for extortion.

Darren Chaker also notes that Penal Code section 186.22, subdivision (a), the STEP Act, defines a criminal street gang as “any ongoing organization, association, or group of three or more persons, whether formal or informal, having as one of its primary activities the commission of one or more criminal acts enumerated [in the statute], [and] having a common name or common identifying sign or symbol, and whose members individually or collectively engage in or have engaged in a pattern of criminal gang activity.” In People v. Gardeley (1996) 14 Cal.4th 605, the Supreme Court held that the predicate offense establishing a pattern of criminal gang activity could be established by evidence of the charged offense.

Here, the court expanded on the ruling and found that the predicate offense can also be established by proof of an offense the defendant committed on a separate occasion. Introduction of such evidence is subject only to the qualifications of Evidence Code section 352, holding that such evidence should be excluded only when its probative value is substantially outweighed by its prejudicial value. In this case, the admission of appellant’s 1993-1994 conviction for extortion was proper because it was probative to the charge of active participation in a criminal street gang, provided direct evidence of a predicate offense, as well as evidence that appellant participated in the VFL gang and knew VFL engaged in a pattern of criminal gang activity. The evidence was not unduly prejudicial and the court provided an appropriate limiting instruction on the use of the evidence.